Pre-req: For this level you will have to have learned to use fetch() to GET JSON content from an API.

Once the user selects a show you should fetch the episodes list using URLs of the following pattern:

https://api.tvmaze.com/shows/SHOW_ID/episodes where SHOW_ID should be replaced with the numeric id of the selected show.

For example, https://api.tvmaze.com/shows/82/episodes will return the episodes for show 82 ("Game of Thrones").

Note: Provided your project meets the above requirements, it can look however you want.

Here is one example layout. 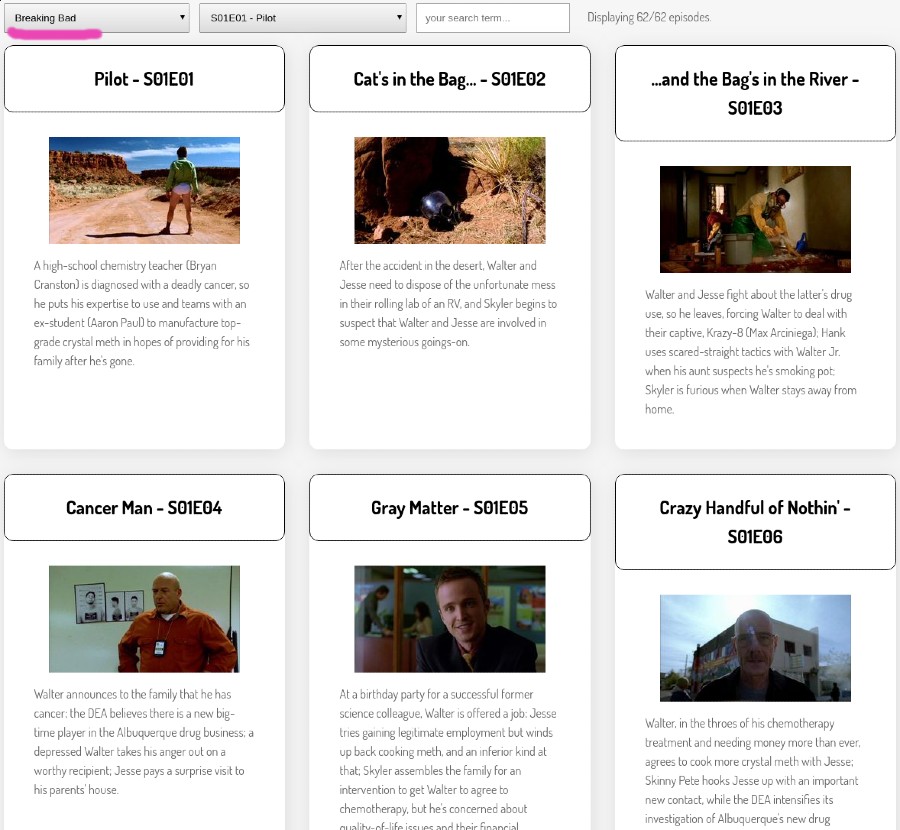 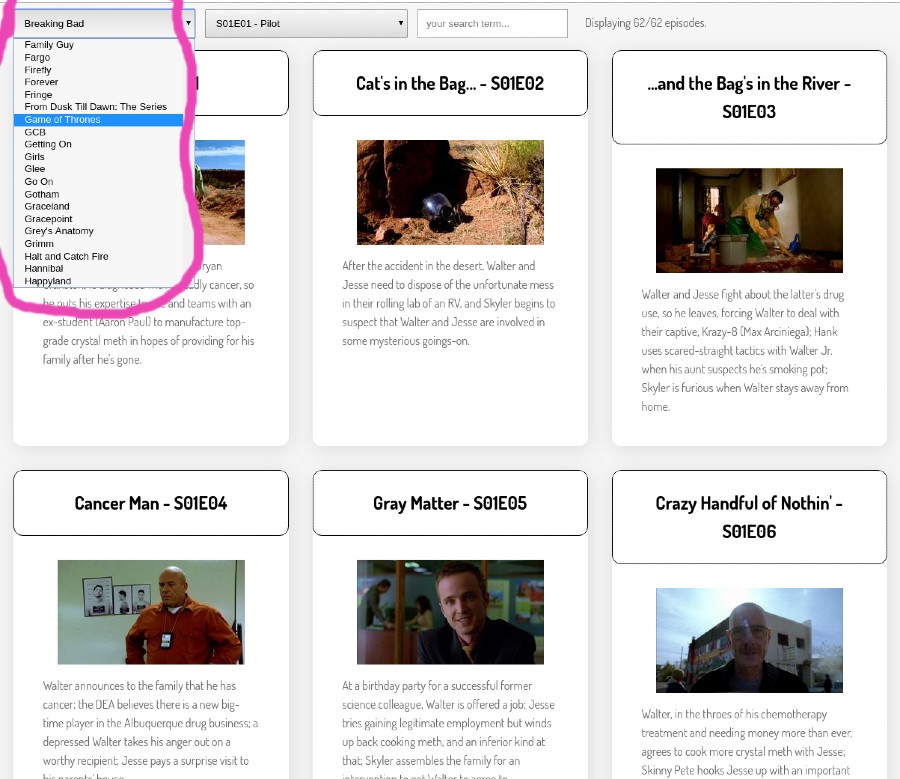 Play nice - a note on using fetch during development#

Be careful when developing with fetch. By default, every time you make a small change to your app it will be restarted by live server - if you are fetching JSON on page load, the JSON will be downloaded again and again. These frequent HTTP requests may lead to the API permanently banning your IP address from further requests, or "throttling" it for some time. Worse, if they don't, they may cause performance issues for the API service we are using.