The Facebook team behind React have created a tool to help you create and set up React projects. It is called Create React App. The official documentation is available here.

Install & set up a Create React App by following the steps below:

(Note: for the React module lessons, you should name your app pokedex, but if you are creating another app, you can name it whatever you like.)

To start running your application follow the steps below:

This does two things: 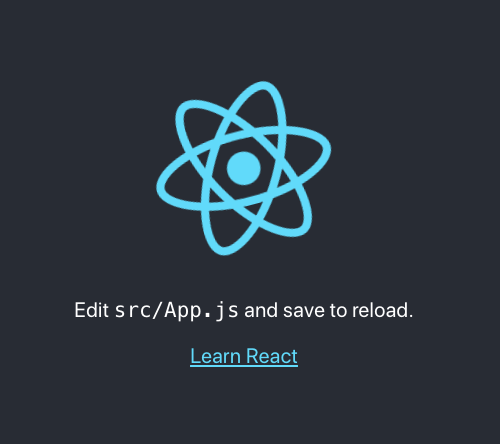 Don't try to use "Open with Live Server" (in VSCode) as you have done previously. Your app will automatically reload the browser just like Live Server does.

You might notice that once you have run npm start your terminal will look different. This is because it is running the watcher program. If you have a slower computer we recommend that you stop the program when you are not using your React app.

Once you have stopped running the program, your React app will stop working. To start it again, see the instructions above for starting your app.

We also need to install another package that will help us later in the React module.

You're done! You don't have to read more - you can now develop React apps, locally.

But what about deployment?

If you have already learned to deploy your apps from github using Netlify, you can use the same process to deploy any React apps you created initially with create-react-app.

You may notice that Netlify automatically sets the following two config settings:

These are correct and necessary - don't change them.

(You should expect deployment of your react apps to be slower than your old "vanilla JS" apps, due to the build process that takes place.)